A synthetic drug is any drug that was man-made using a combination of chemical substances. There are many different varieties of synthetic drugs, most of which are both illegal and habit-forming. Some examples of commonly abused synthetic drugs include Spice (also known as K2), bath salts, DMT, molly and Flakka. The United States Drug Enforcement Administration recently noted that synthetic drug use has become a major health-related concern throughout the country and across the globe. In a recent article, the DEA explains, “The abuse of clandestinely synthesized drugs has re-emerged as a major worldwide problem. These drugs are illicitly produced with the intent of developing substances that differ slightly from controlled substances in their chemical structure while retaining their pharmacological effects. These substances are commonly known as designer drugs and fall under several drug categories.” If you or someone you love has been struggling with synthetic drug addiction, medical synthetic drug detox is an important first step on the road to recovery, and Boca Detox is available to help.

At Boca Detox, we take a unique approach to synthetic drug detoxification. Whereas state-funded facilities and hospital settings offer standardized, impersonal care, we treat each of our clients on a highly individualized basis. The Boca Detox method focuses on more than physical stabilization. We work to adequately prepare our clients to take the next appropriate step on their personal journeys of addiction recovery. While medical detox is an important initial step on the road to recovery, it must be closely followed by a higher level of care in order to be truly effective. As part of the Guardian Recovery Network family, we work closely with several of the top residential rehabs and outpatient treatment programs in the country. Once you have undergone a safe, pain-free synthetic drug withdrawal and have been deemed physically stable, we will help you determine which level of care is right for you. Contact us today to learn more about synthetic drug withdrawal treatment options, or to get started on your own personal journey of recovery.

What is Synthetic Drug Addiction?

When it comes to synthetic drug addiction, there are several distinctive signs and symptoms to keep an eye out for. Because of the psychoactive nature of synthetic drugs, these symptoms will differ significantly from the symptoms of other types of drug use. For example, if an individual is using Spice, their symptoms will be entirely different from the symptoms presented by someone who is abusing naturally derived marijuana. If a person is suffering from synthetic drug addiction, it essentially means they can no longer stop drug use without professional intervention and they have started experiencing significant personal consequence at the hands of their drug use.

This is the name given to synthetic cathinones, a man-made stimulant drug. According to the National Institute on Drug Abuse, bath salts generally take the form of a brown or off-white powder, and are either ingested orally, snorted or smoked. This specific synthetic drug is commonly marketed as a cheap and accessible alternative to other illicit stimulants, like cocaine or methamphetamine. When an individual consumes bath salts, he or she is likely to undergo a wide range of severe physical and psychological symptoms, including paranoia, hallucinations, increased sociability, increased libido, hypersensitivity, panic attacks and violent or agitated behavior.

Spice is a synthetic cannabinoid, designed to mimic the effects of marijuana. Unfortunately, this leads many to mistakenly believe that Spice is a safe alternative to marijuana, when in actuality, it is far more dangerous. This specific synthetic drug is made to look like the dried leaves of the marijuana plant, and is generally consumed by smoking. Psychotic effects of this chemical substance can be severe, and include extreme anxiety and confusion, paranoia and hallucinations.

Signs of Synthetic Drug Dependence & Use

If you believe you or someone you love has been suffering from a diagnosable synthetic drug use disorder, there are several signs and symptoms to keep an eye out for. The Diagnostic and Statistical Manual of Mental Disorders, Fifth Edition (DSM-V) outlines a list of diagnostic criteria used to identify the presence of a substance use disorder. If you answer “yes” to two or more of the following questions, seeking professional help from a medical detox center is likely a good idea.

What are the Signs & Symptoms of Synthetic Drug Withdrawal?

Synthetic cannabinoids and synthetic cathinones have been proven to lead to serious symptoms of withdrawal. It is highly recommended that these symptoms are closely overseen by an experienced team of medical professionals in a safe and secure setting. 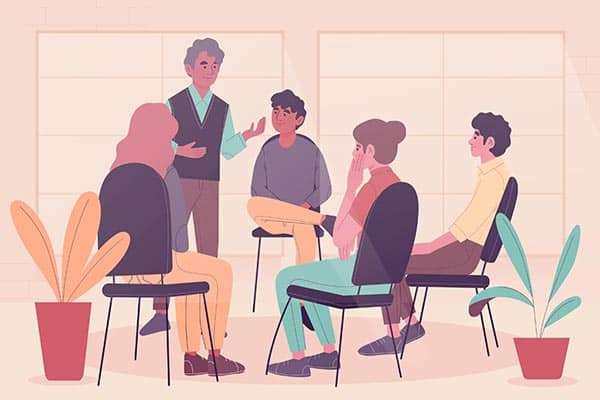 While the signs and symptoms of synthetic drug withdrawal will vary based on the substance, they typically include:

While the physical symptoms of synthetic drug withdrawal typically do not lead to life-threatening complications, the psychological symptoms should be closely monitored to prevent complications from occurring. If a person experiences psychosis or suicidal ideation as a result of depression, they will require immediate psychiatric intervention. At Boca Detox we take all of these factors into account and consistently prioritize the safety and comfort of each individual client. 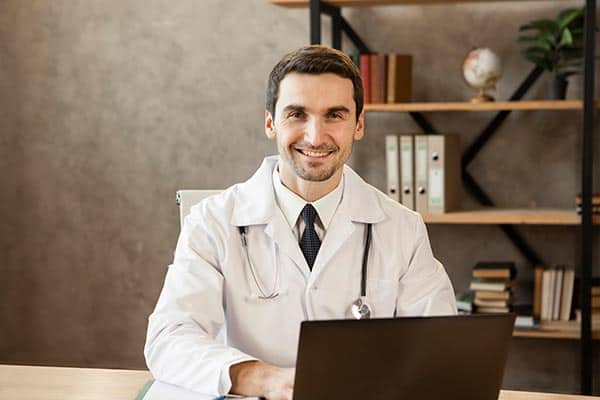 Medication Assisted Treatment (MAT) is only utilized when deemed absolutely necessary by the medical team. Because active addiction affects everyone differently, the detox process will not look identical for any two clients. The right treatment options for you are determined upon your arrival.

The medications most commonly used for the treatment of synthetic drug withdrawal include:

The US National Library of Medicine published an article titled, “Adverse Effects of Synthetic Cannabinoids: Management of Acute Toxicity and Withdrawal.” The study explores the psychological and physical symptoms associated with synthetic drug withdrawal, and details numerous effective treatment methods that can be carried out in a medically monitored detox facility. At Boca Detox we provide each individual client with the clinical care he or she needs to experience a pain-free and short-lived withdrawal. However, the comprehensive experience we provide goes far beyond that of a traditional state-run detox facility or hospital. Our homestyle amenities ensure a comfortable detox experience as well as an exceedingly safe and effective one.

When it comes to long-term recovery from synthetic drug addiction, medical detox will always be a necessary first step. As previously mentioned, the psychological symptoms of synthetic drug withdrawal are often far more difficult to manage than the physical symptoms. At Boca Detox we have a comprehensive team of medical professionals onboard, from physicians and nurses to licensed therapists and psychiatrists. Upon admission, every client will undergo an in-depth assessment, which helps us determine personal history with substance abuse and which detox methods will likely be the most appropriate. In the case of synthetic drug abuse clients will always sit down with one of our licensed psychiatrists, who will determine whether or not antipsychotic medication is necessary. We often prescribe anti-anxiety medications for those who have been suffering at the hands of a psychoactive substance like Spice or bath salts. These medications are prescribed short-term, and related symptoms are closely overseen by our team of medical professionals. We prioritize client comfort and a pain-free withdrawal over all else.

The symptoms associated with drug withdrawal can be extremely uncomfortable when left untreated. It is important to seek the care of a team of experienced medical professionals before associated symptoms peak in severity. At Boca Detox we effectively treat the symptoms associated with drug withdrawal while providing our clients with the tools they need to continue along on their personal journeys of addiction recovery. Getting started is as simple as reaching out for help. Once you make initial contact, either through our website or over the phone, you are put in touch with one of our experienced Treatment Advisors who will answer any additional questions and walk you through our simple admissions process. We begin by conducting a brief pre-assessment, which helps our medical team determine which detox methods are the best fit for you. We offer a free, no obligation insurance benefit check and arrange local transportation to our Boca, Florida detox center. All you have to do is reach out for help, and we will take care of the rest.