The initial step on every journey of addiction recovery is admission to a medically assisted detoxification center. Those who have been abusing drugs or alcohol for any period of time almost always undergo some degree of withdrawal upon abrupt cessation of use. More often than not, the symptoms of withdrawal will lead a person back to substance use before the detoxification process is over. This is part of the reason why entering into an inpatient marijuana detox program is so important.

Marijuana has a widespread reputation for being a “harmless” drug, one that is not habit-forming or dangerous, even when smoked in excess. The truth is however, marijuana can be psychologically addictive. It is a chemical substance, and using it regularly certainly does not come without consequences. Sadly, because there is such a stigma surrounding this particular chemical substance, many individuals who struggle with marijuana abuse will never end up seeking the professional care they need. At Boca Detox Center we have extensive experience treating people of all ages who suffer from a cannabis use disorder. While the physical symptoms of marijuana detox are generally mild to moderate, the psychological symptoms of marijuana detox – including intense psychological cravings – can be extremely disruptive. Our state-of-the-art, homestyle retreat was designed and decorated with client comfort in mind. We offer all of the amenities of home, along with several additional amenities that far exceed those of a hospital detox or state-run facility.

Marijuana is a psychoactive drug. In recent years, the legalization for both recreational and medicinal purposes has made use of the drug even more widespread. While Marijuana does have medicinal purposes, many people use it recreationally and even illegally in states in which is not legalized. Marijuana is widely viewed as a nonaddictive drug, however, it does possess addictive qualities as well as produce withdrawal symptoms. At Boca Detox Center, we provide professional medical detox services to help you wean off of marijuana in a safe and comfortable way.

What is Marijuana Addiction?

The National Institute on Drug Abuse reports that marijuana absolutely can lead to problem use, which is known as marijuana use disorder. In fact, the study suggests that around 30 percent of men and women who use marijuana will develop a substance abuse disorder. Individuals who begin using marijuana before the age of 18 are between four and seven times more likely to abuse the chemical substance. The Centers for Disease Control and Prevention describe marijuana in detail. Their description reads, “Marijuana, which can also be called weed, pot, dope, or cannabis, is the dried flowers and leaves of the cannabis plant. It contains mind-altering (e.g., psychoactive) compounds like tetrahydrocannabinol, or THC, as well as other active compounds like cannabidiol, or CBD, that are not mind-altering.”

Marijuana dependence occurs when an individual consumes a significant amount of this drug over a prolonged period of time. Eventually, the brain adapts to marijuana, reducing the production of its own endocannabinoid neurotransmitters. The endocannabinoid system is responsible for a wide range of bodily functions and physiological processes, from memory and mood to appetite and pain-sensation.

If you believe you or someone you love has been suffering from a diagnosable marijuana use disorder, there are several signs and symptoms to keep an eye out for. The Diagnostic and Statistical Manual of Mental Disorders, Fifth Edition (DSM-V) outlines a list of diagnostic criteria used to identify the presence of a substance use disorder. If you answer “yes” to two or more of the following questions, seeking professional help from a medical detox center is likely a good idea.

Our Marijuana detoxification experience is second to none.

What are the Signs & Symptoms of Marijuana Withdrawal?

The severity of the withdrawal symptoms will rely on numerous factors, including the amount of marijuana used and the potency of the drug. The National Institute on Drug Abuse reported that marijuana potency has been on the rise consistently over the course of the past two or three decades. In the 1990s, the average THC content of recreational marijuana was roughly 4 percent. By 2018, the potency had risen to well over 15 percent.

Still, individuals who abuse this specific drug might believe that they can safely undergo the withdrawal process without professional assistance. This is often not the case. The psychological symptoms of marijuana can be severe and long-lasting if they are not treated in a medical detox facility. At Boca Detox Center we have extensive experience treating individuals who have been suffering at the hands of a marijuana use disorder. We thoroughly understand the uniqueness of these specific cases, and we are dedicated to making the marijuana withdrawal process as comfortable and pain-free as possible.

Our Marijuana Detox Services Include

Marijuana withdrawals can be uncomfortable, but they are not life-threatening. However, polydrug use is very common when it comes to marijuana. If you frequently combine marijuana with other chemical substances, namely alcohol or benzodiazepines, the physical symptoms of withdrawal can be severe. 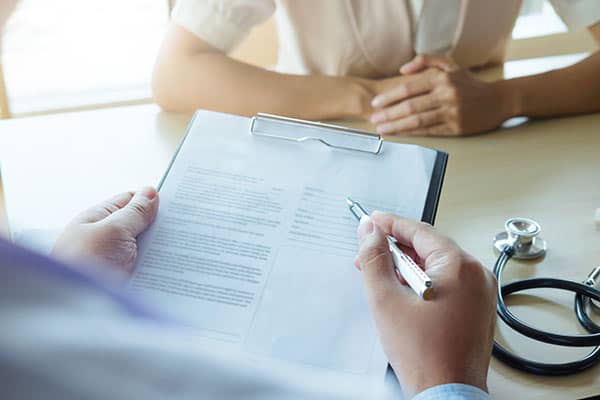 Marijuana Withdrawal Timeline & What to Expect

Marijuana withdrawal symptoms typically resolve in around a month depending on the severity of the substance use disorder. They begin within the first week after the final use, and peak at between 10 and 14 days. These symptoms are rarely severe, but they can be uncomfortable and potentially disruptive to day-to-day life. Dealing with symptoms of post-acute withdrawal like depressed mood, insomnia and anxiety might require some degree of medication assisted treatment and psychiatric care. However, in the majority of cases, symptoms can be combatted with increased sleep, adequate nutrition, daily exercise and individual therapy. At Boca Detox Center we treat our clients on an individualized basis while teaching them how to maintain sobriety and avoid relapse. Contact us today to learn more.

How Will Boca Detox Center Treat My Marijuana Detox Symptoms?

Ready To Begin Your Marijuana Detox?

Don’t let Marijuana addiction control your life.
Call us today and let’s get you started on the path to a better you.

When it comes to marijuana detoxification, medication assisted treatment is rarely necessary. In most cases, physical symptoms can be treated with a combination of over-the-counter medications and bed rest.

The medications most commonly used for the treatment of marijuana withdrawal include:

The National Center for Biotechnology Information published a study that claims over 300,000 Americans seek treatment for a marijuana use disorder on an annual basis. Marijuana abuse always requires medical detox as a necessary first step in every effective, multi-phased treatment program. In the vast majority of cases, individuals who suffer at the hands of a marijuana use disorder originally began using the chemical substance in order to self-medicate symptoms of an undiagnosed or untreated mental illness. Research also shows that using high potency marijuana on a regular basis can lead to development of certain psychological disorders, like depression, anxiety, psychosis and schizophrenia. Upon admission at Boca Detox Center, each individual client will undergo an in-depth psychiatric assessment. Clients with a history of marijuana abuse will check in with a psychiatrist regularly, who will determine whether or not medication assisted treatment is necessary. In most cases, marijuana detox is treated with a combination of non-narcotic pain relievers and mild antipsychotic medications, which will both be prescribed short-term.

The marijuana detox experience at Boca Detox Center is truly unlike any other. Both our facility and our therapeutic and medically-based program were developed with client comfort in mind. Our support staff members are available around the clock to provide each client with everything he or she needs. Our goal is to make the withdrawal process as pain-free and short-lived as possible, while setting a solid foundation for long-term sobriety.

The symptoms associated with marijuana withdrawal can be extremely uncomfortable when left untreated. It is important to seek the care of a team of experienced medical professionals before associated symptoms peak in severity. At Boca Detox Center we effectively treat the symptoms associated with drug withdrawal while providing our clients with the tools they need to continue along on their personal journeys of addiction recovery. Getting started is as simple as reaching out for help. Once you make initial contact, either through our website or over the phone, you are put in touch with one of our experienced Treatment Advisors who will answer any additional questions and walk you through our simple admissions process. We begin by conducting a brief pre-assessment, which helps our medical team determine which detox methods are the best fit for you. We offer a free, no obligation insurance benefit check and arrange local transportation to our Boca, Florida detox center. All you have to do is reach out for help, and we will take care of the rest.